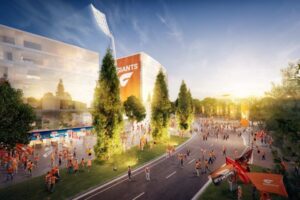 The GWS Giants – Grocon proposal to spend up to $800 million on a Manuka Oval redevelopment that would have included 1000 flats, hi-rise hotel and hundreds of underground car parks will likely be the first casualty of the National Capital Authority’s assertion of its right to determine what happens along Canberra’s major boulevards.

Find out more about ISCCC or become a Member.