The Great Depression brought the first duplex homes to Canberra, followed by another surge after World War II.

Today their wide, two-storey frames define many of Canberra’s older streetscapes, now nicer or nastier depending on their additions and alterations.

Demolition of one half of a duplex in Fraser Place, Yarralumla, has enraged neighbours, sent planners diving into the rule book and put the breeze up builders fearful of more laws.

Builders then cut through bricks before heavy machinery came in, terrifying her children.

The family and neighbours complained to planning authorities, but as The Canberra Times reported on Wednesday, demolition continued, followed by mediation and an undertaking from Ms Broad to fix the Woontons’ exterior wall.

Neighbours Graeme and Chris Windsor said their protests were useless.

”We came home from the snow, I saw it and burst into tears,” Mrs Windsor said. ”I thought it was horrible. I don’t think local councils anywhere in Australia would allow that [demolition] to modify a street.”

The Windsors have lived in Fraser Place for 20 years and regard the demolition as slum-creating vandalism which has diminished their neighbourhood’s character.

”This is a mirror image of Larissa’s,” Mr Windsor said, pointing to his duplex. ”If it can happen to her, it could happen to us.”

They found the builder was not licensed for the work required, nor was there proper documents or an agreement between the neighbours.

ACT Heritage Council chairman Duncan Marshall said duplexes were not a part of Canberra’s original idea of a garden city, coming from the Depression and again from post-World War II housing demand.

He said that in small Yarralumla cul-de-sacs duplexes provided a sense of enclosure and a different feel from other suburbs.

”One of the fun things about duplexes, sometimes you get in a ‘refurb’ or adaptation a very different expression of architecture or design, or the modern change to the public place, and that might be cheek-by-jowl to the older, more honest rudimentary design. And they can live more or less happily side by side in any given street.”

”There is no stigma attached to them. Some people will say no. If the only common thing is the wall and it is a massive home, there are usually double-brick walls between either, they are not frowned upon.”

”What scares me is more legislation. My goodness, we don’t need more, we have the Common Boundaries Act.” 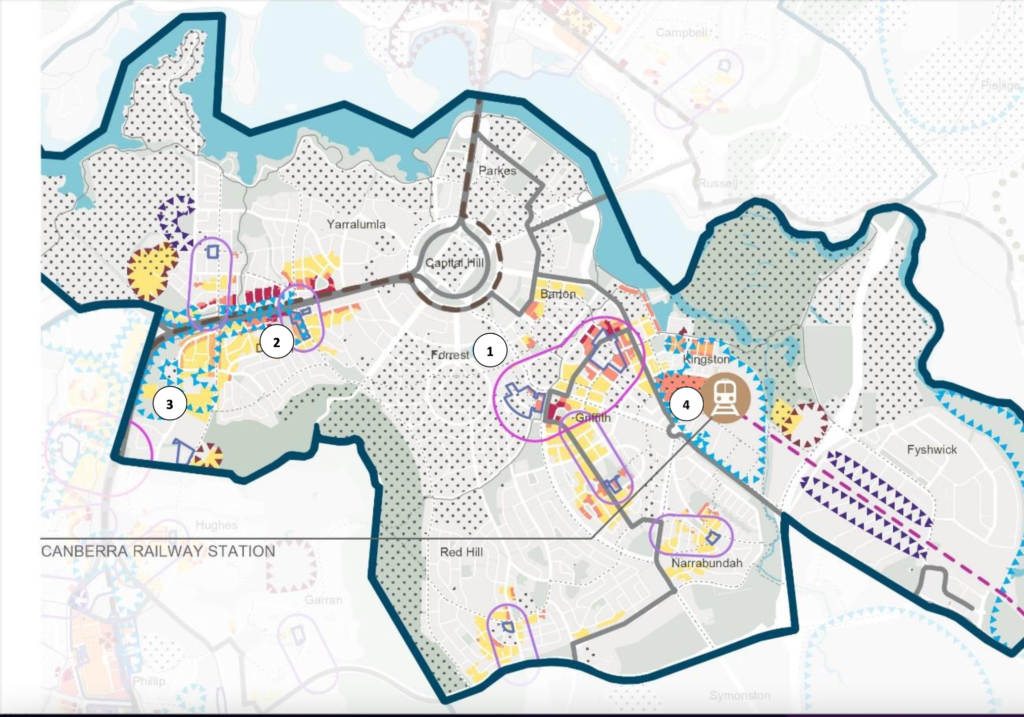